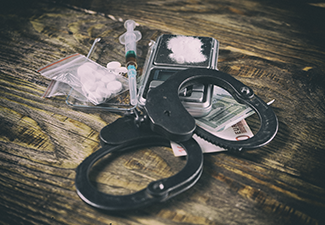 In Florida, a person may be arrested and charged for the possession, manufacture, delivery, or sale of a controlled substance. Unfortunately, the burden of a Florida drug crime charge can be overwhelming and can have devastating, life-long ramifications on your liberty, personal reputation, quality of life, and professional and future opportunities. With every aspect of your life and future at stake, it is natural to feel terrified.

With over 30 years of extensive experience, Attorney David Lee Sellers has devoted his career to handling criminal cases and defending clients in their drug crime cases. As a knowledgeable Florida criminal defense attorney, he can inform you about the nature of your drug charges and help strategize an effective defense in pursuit of the most favorable outcome for your case. The firm is proud to serve clients across Pensacola, Milton, Fort Walton Beach, and Crestview, Florida.

A controlled substance is a drug, chemical, or substance whose possession, manufacture, and use are controlled and regulated by the government. These substances are often controlled because they can be abused or cause addiction.

Under The Florida Comprehensive Drug Abuse Prevention and Control Act, controlled substances are classified into "schedules," depending on how dangerous the drug may be. The schedule classifications include:

Schedule I: These are substances with a high potential for abuse and no known medical purpose. Examples include peyote, heroin, GHB, ecstasy, marijuana, and lysergic acid diethylamide (LSD).

Schedule II: These are drugs with a high potential for abuse but are severely restricted for medical use. Examples include hydrocodone, cocaine, opiates, methadone, opium, fentanyl, and Vicodin.

Schedule III: These substances have a moderate potential for abuse compared to Schedule I and II drugs. They are severely restricted for medical treatment. Examples include codeine, anabolic steroids, ketamine, and testosterone.

Schedule IV: These are drugs with an even lower potential for abuse than Schedule III drugs. They are allowed for medical treatments. Examples include Tramadol, Xanax, Ambien, Valium, Klonopin, benzodiazepines, as well as other sedatives.

Schedule V: These drugs have the least potential for abuse and are commonly used for medical treatments. Examples include cough syrups, Lyrica, Motofen, Lomotil, and Parepectolin.

Both federal and state laws prohibit the unlawful possession, sale, manufacture, and delivery of illicit drugs or controlled substances. However, a drug-related offense becomes a federal offense when:

A practiced Florida drug charges defense attorney can analyze the surrounding facts of your case and help you understand the nature and severity of your drug allegations.

An individual will face drug possession charges if they were found with controlled substances or illicit drugs, such as cocaine, marijuana, heroin, methamphetamines, and other synthetic drugs.

A person may be charged with drug distribution, delivery, or trafficking in Florida if there is evidence that they participated in distributing, transporting, or selling controlled substances listed under state laws.

Possession With the Intent to Sell, Manufacture, or Deliver

A person may be arrested and charged with "possession with the intent to sell, manufacture, or deliver" in Florida if the amount of drugs found in the defendant's possession is considerable more than a reasonable quantity meant for personal consumption.

However, when charged with a drug crime in Florida, the severity of your punishments generally depends on the type of drug offense, quantity of drugs involved, the drug schedule classification, and other surrounding circumstances.

Possible Penalties of a Conviction

The ramifications of a drug charge in Florida can be devastating. Depending on the surrounding circumstances, here are the potential penalties and consequences of a drug crime conviction:

A competent criminal defense lawyer can review every detail of your case and outline the best defense strategy to help you avoid the far-reaching penalties and consequences of a drug crime conviction.

Trying to defend your drug accusations without experienced representation could increase your possibility of suffering the maximum punishment. Attorney David Lee Sellers is committed to offering detailed guidance and skilled representation to clients facing drug crime charges. As your legal counsel, David can review and investigate every aspect of your case, dispute the accusation against you with factual evidence, and build a strong defense strategy to help fight your charges.

Are There Alternatives to Going to Jail? FAQ: Criminal Defense Delayed Pain After an Accident Common Misconceptions About Drug Charges